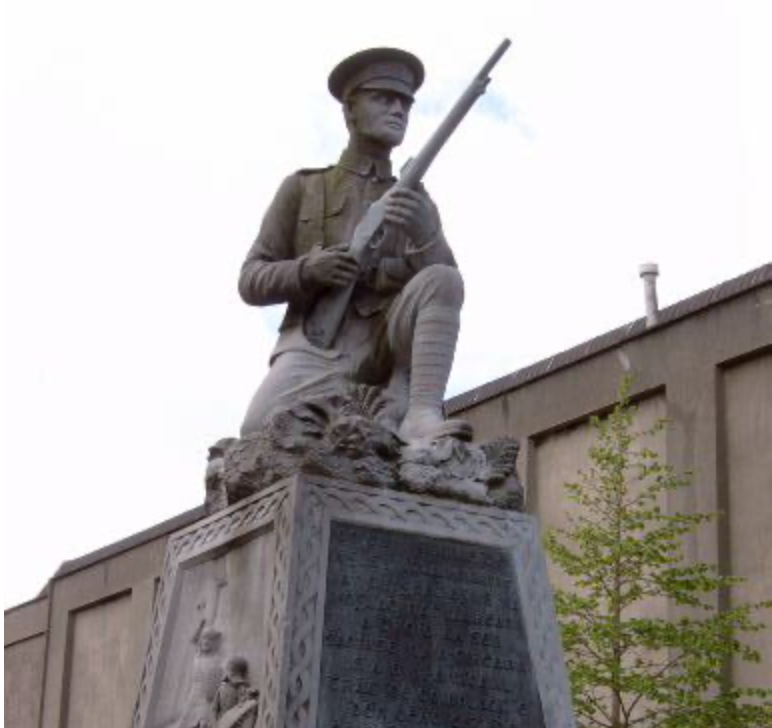 Ireland is amid the “Decade of Centenaries”. While the island has experienced a turbulent history since the landing of Normans in the 12th century, there was arguably no decade that changed the fate of Ireland as the ten years between 1913 and 1923 did. These ten years saw a rise of militant trade union and suffragette struggles, the formation of paramilitary organisations on nationalist and unionist sides, the Proclamation of the Republic followed by a failed military uprising in 1916, followed by a landslide victory of Sinn Féin in the Westminster elections, the War of Independence, also known as the Anglo-Irish War, the partition of Ireland and the formation of the Freestate, sectarian clashes in Belfast, and a bloody Civil War. Between 1913 and 1923, modern Ireland was founded.

As one of the first colonies of the British Empire, Ireland fought a War of Independence against its colonial power from January 1919 to July 1921. As a direct consequence of this war, 26 Counties, the later Republic of Ireland, became independent and the island was partitioned – the six north-eastern Counties remained under British control, laying the seed for further unresolved conflict that became a cornerstone of the current Brexit negotiations.

While most of the island became officially independent from the British centre, one hundred years later, there are still vastly divergent interpretations of these ten years and the War of Independence. The height of the Northern Ireland conflict, also called “The Troubles”, was, among other things, characterised by a fierce historical debate over the interpretation of Irish history. This debate between revisionists on the one side and anti-revisionists on the other side was only one of many ongoing discussions.

Some of the opposing perspectives on the events that shape the decade of centenary became recently evident with the centenary events surrounding the War of Independence. On the one hand, the New IRA detonated a car bomb outside Derry Courthouse to commemorate the Soloheadbeg ambush, Co Tipperary, that started the War of Independence on 21 January 1919. On the other hand, the Irish government initially intended to commemorate the colonial police force RIC before tracking back due to the public backlash.

This 11th issue of Studi irlandesi <http://www.fupress.net/index.php/bsfm-sijis> will explore these and other interpretations of the end of the War of Independence from an interdisciplinary perspective. This special edition aims to provide an overview of various academic approaches to and interpretations of multiple forms of the War of Independence and its aftermaths from various cultural, national, social, political, religious, pacifist, anti-colonial, anti-imperialist perspectives. Both theoretical and methodological essays, as well as case studies are welcome.

Studi irlandesi. A Journal of Irish Studies is a peer-reviewed, open-access journal published by Florence University Press. It aims to promote and contribute to the interdisciplinary debate on themes and research issues on every aspect of Irish culture, to create a place for international discussion and high-quality research on Irish literary studies, history, cultural perspectives and linguistic inquiry, from the Romantic Era to the present age. The journal is published in English and Italian.

For this special monographic section, we seek papers that examine the various interpretations of the Irish Revolution from 1913 to 1923, in general, and the War of Independence, in particular. All research proposals which focus on a topic and theme related to the Irish War of Independence, 1919-21, are welcome, ranging from – but not limited to – war studies, political violence, the experience of resistance, the impact of resistance on national, cultural and religious identity, activism in political and social movements, civil rights, Trade Union struggle, workers’ struggle, language, sectarianism, migration, racism, colonialism and post-colonialism, prisons, repression, flight, displacement and resettlement, to relief, rehabilitation and reintegration work, gender issues, persecution, sexual violence, trauma and amnesia, the trans‐generational impact of resistance and conflict, individual and collective memory, educational issues, films and documentaries, artistic and literary approaches, pop-cultural receptions, remembrance and memorials, questions of theory and methodology, as well as historical events local case studies.

Papers from all academic disciplines, in particular History, Social Sciences, Law, Cultural Studies, Linguistics, and Literature, dealing with the War of Independence, its aftermaths, interpretations, and receptions are welcome. [PDF]

Articles are subject to full peer-review.

Please send abstracts of 250 to 400 words, outlines and expressions of interest for 8.000 to 10.000 words papers, as well as biographic information of 50 to 100 words by 15 November 2020 to the Editor: Dieter Reinisch (dieter.reinisch@eui.eu) and/or to the General Editor: Fiorenzo Fantaccini (ffantaccini@unifi.it).

Successful candidates will be informed in late October 2020.

The deadline for submission of manuscripts is 1 February 2021. Informal enquiries to the editor about possible paper submissions are welcome and should be addressed to the contacts above.

The 11th issue of Studi irlandesi. A Journal of Irish Studies which will be published in June 2021.

Journal Homepage View Guidelines Send submission
We use cookies to ensure that we give you the best experience on our website. If you continue to use this site we will assume that you are happy with it.OkPrivacy policy